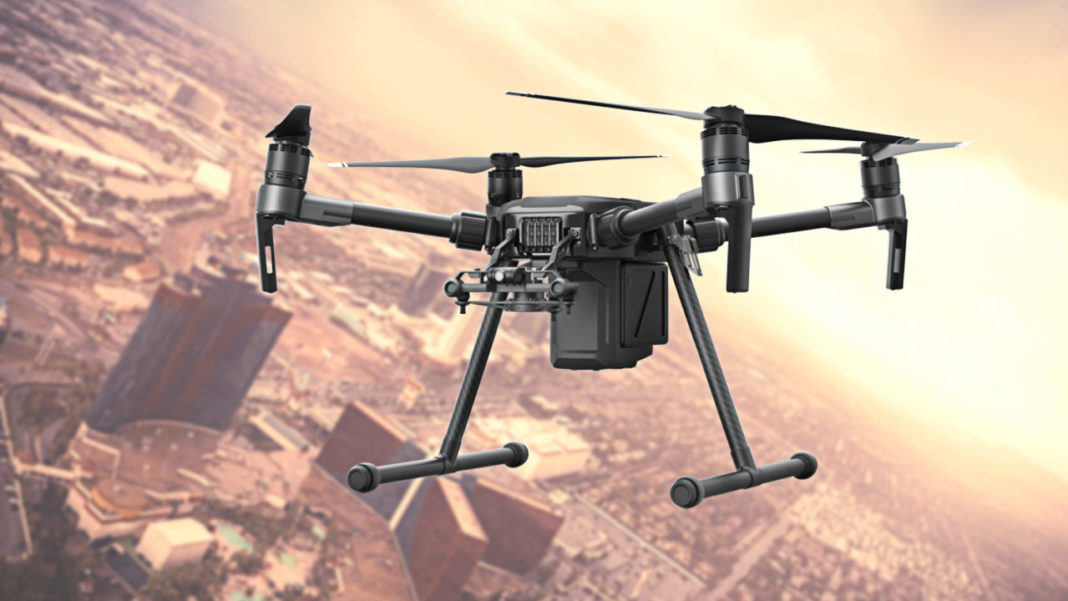 We know demand is growing for commercial drones, so manufacturers are stepping up to the plate when it comes to getting drones on their way and up to spec for industrial requirements. It’s no surprise that leading the charge is DJI’s new range offering — The Matrice 200 series.

Last week, Wired magazine affectionately referred to the line as ‘workhorse drones’, and according to reports, DJI has created these models with the express intention of meeting the need for enterprise users head on. How they’ve done it is by adding a whole raft of improvements, extra features and robust tweaks to everything they’ve made before. So, with large shoes to fill (namely their own) when it comes to upping the game, let’s take a look at what DJI will produce from their sleeve.

Beefed up and sleeked up

Generally speaking, drone operators are familiar with models like the Inspire 1, but crave something tougher, with a longer flying time and quicker setup. They also want something that you can transport easily too — the moon on a stick in other words.

So, looking at the profiles of the three copters, the Matrice 200 series of drones is an improvement over past industrial airframes – not least from the perspective of the streamlined design across all three. It’s hard not to be impressed by what the drones look like, with a slick-looking, insect-like appearance.

Looks aside, the usability picture looks even prettier. It seems tech trends are moving towards assisting pilots more and more – specifically easier-to-use interfaces to make for more intuitive missions —and this line is no exception. All these developments are, we presume, to help enterprise users focus more on the task and less on the tool.

The M200 series builds on the Inspire 2 platform which is the same flight controller, obstacle avoidance, FPV camera etc., buts looks and feels like a more rugged and powerful build to anything DJI has put out before. Motors with far more oomph, weather sealing and a max flight time of 38 minutes are already pointing the way to a reimagining of what the real needs of industry are — the going is going to get tough, so the tough need to get tougher, not least in the drone manufacturing industry.

It’s obviously a case of DJI making inroads to shaping the commercial drone market, but also the wider picture for the industry looks stronger as a result. More reliability, more options in payload weight and heavier add-ons, and meatier basic capabilities are all good things for the reputation of the drone economy and drone pilots at large.

On the job, no one wants to have to make multiple trips to their vehicle (not least this Coptrz blogger) so the M200 series’ folding body is relatively easy to carry and set up. It’s been compared to the ease of folding the Mavic Pro – another in the DJI stable, which is a big plus. The specially-designed travelling case holds the essentials for most missions. It’s a small thing to add in — ground portability. And when your professional reputation is on there to be made or broken, it’s things like this that make a job go so much smoother, when you’re not faffing around with multiple cases and holdalls.

Outside the travelling case and inside the business end, the series’ models (all three of them) feature a weather- and water-resistant body – rated at IP43 (a really very solid platform for field operations). There’re dual batteries — using either TB50 or TB55s, and that max flight time we mentioned — 38 minutes (TB55, no payload) means more zip for your charge. Getting more technical, the drone is compatible with 4 payloads: X4S, X5S, XT, Z30 (Although you’ll need a special adaptor to mount XT on M200).

The DJI AirSense system includes a built-in ADS-B receiver which gives real-time information about nearby manned aircraft equipped with ADS-B transmitters — great news, as that’s most of them. In short, AirSense is designed to be safer and make more efficient use of airspace: particularly in places where other manned aircraft may be operating.

The M200, M210 and M210 RTK are the first DJI drones with the DJI AirSense system, so if DJI are getting it up and running with it moving forward, it’s probably a good time to get on board with it — it’s another plus to the reputation of drone piloting: adding a layer of reassurance to your client and indeed yourself.

As you’d expect, with each model in the series, they get incrementally more advanced… and more expensive. As yet, DJI hasn’t released a pricing structure, so we can’t tell what the price points will be, but as the drones evolve across the series, you guessed it: they get better.

We’ve touched upon the M200 model’s specs as they’re the blueprint for the two ‘later’ models that add more to the mix. But, in the interests of being comprehensive: it’s a folding body that’s easy to carry and to set up, with a specially designed travelling case that can carry all necessary parts you need to finish each job. It has a weather- and water-resistant body, rated at IP43, so in reality you can fly in rain, but to be honest, flying in a storm is probably not the best idea. The dual batteries, using either TB50 or TB55 batteries, can reach a maximum flight time of 38 minutes (TB55, no payload). The drone is compatible with 4 payloads: X4S, X5S, XT, Z30 but you’ll need a special adaptor to mount XT on M200. A true first for DJI, the upward-facing camera is useful for say, bridge inspections where the drone has to fly underneath a structure and look up.

The dual gimbal configuration unlocks 5 different combinations, and the M210 provides additional connectivity and power ports to support third-party sensors and accessories. It’s also got the capability to support additional sensors in the future, and extra payloads can be mounted on top of the aircraft. All M210 models come with DJI’s CrystalSky monitor which is, as the name suggests, really very clear. This is a sector-opener when it comes to say, energy facility inspections, as you can now see a lot of detail indeed — absolutely essential for spotting hairline cracks etc. So we don’t repeat ourselves, let’s just look at what’s on the premium end — all of the above and an added feature: knowing exactly where you are. M210 RTK is available with built-in D-RTK modules for centimetre-precision navigation. Smarter than your average drone

In a nutshell, the M200 series drones use computer vision for intelligent flight modes to help more efficiently collect data. And it’s exciting stuff as these features are available for multiple DJI sensors, enabling advanced shots, such as zooming while tracking an object. This has excellent ramifications for a potential edit of a commercial film. In my experience, clients often ask for footage so they can use in an edit for internal communications and to spice up a budget presentation for the case for drones, so the smoother, the better.

The ‘intelligent four’ add-ons in the series—

Point of Interest – to circle around an object for a smooth orbit.

How these modes work is by two front visual sensors, an ultrasonic and visual downward positioning system and an upper infrared sensor.

There are a few options here. First up is the DJI GO 4 mobile app that can be used to control and customise the Matrice 200 Series. iPad users can plan flights through DJI’s GS Pro app, but the good news for commercial piloting is the brand new DJI Pilot Android app is specifically designed for enterprise users — optimising user experience and flight performance. The DJI Pilot app, which we’re very much looking forward to testing, will be available once the M200 Series has begun shipment.

Billed as an easy-to-use control center, DJI FlightHub lets users plan flights with multiple drones and keep track of each aircraft’s status. An offsite control room can monitor live feeds – in unison – and can remotely control gimbal and camera. The software is designed so managers can plan flights in advance using waypoints and dynamic geofencing.

The series in practice

The M200 series is for professionals using drones for more precise, efficient and safe aerial data collection. Anyone working near power lines, telecommunications towers and bridges puts inspectors at risk of falls and electric shock — so far, so obvious. What the M200 series promises is things like power line networks being visualised with unparalleled detail. And of course, going back to the vertical, upward facing camera option, you can now fly under structures to shoot and inspect. Because the detail is so high on these models, energy facility inspections are now more of a possibility for the pilot, as the M200 can identify millimetre-sized faults in buildings, roads and bridges in real time, making every part of the inspection process more efficient and effective.

In construction site mapping, missions often need to be conducted regardless of weather conditions and other external factors. The M200 is a rugged platform designed to handle tough conditions. With the weather-proofing, these models promise to give construction site managers an efficient tool to review progress and workflow, ensuring more efficient use of resources. And in terms relevant to us as drone pilots, more work, deferred less because of anti-drone weather.

In public safety – when time is of essence and weather conditions turn foul, first responders could benefit from their versatile and reliable aerial platform. With the potential to carry visual and/or thermal sensors, the M200 provides awareness of potentially dangerous situations such as fires, searches and natural disasters. As it can all be documented, incident commanders can use data collected by the M200 to make smarter and better decisions in the future.

The M200 series in a nutshell

The second quarter of this year will be when the series hype proves to be founded or not. Although we don’t know what the price will be as DJI haven’t released that information yet, it’s set to be expensive. Counter-intuitively, this is good news for the drone pilots and the industry, because simply, there is a clear business case (and need) that’s about to be filled by three very nifty drones indeed. If the capabilities of these drones are anything to go by, the industry just stepped up a level. 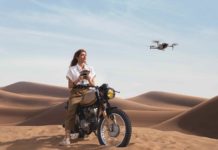 DJI MAVIC AIR 2: IS IT THE PERFECT DRONE FOR YOU? 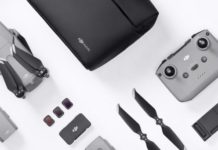 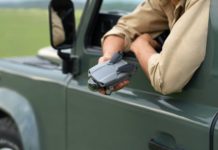 DJI MAVIC AIR 2 FAQ: EVERYTHING YOU NEED TO KNOW

ABOUT US
AL Gadgets is a young organization inspired by innovative technologies and revolutionary computerized systems that enhance daily life.
Contact us: blog@algadgets.com
FOLLOW US
© uaeblogs
MORE STORIES