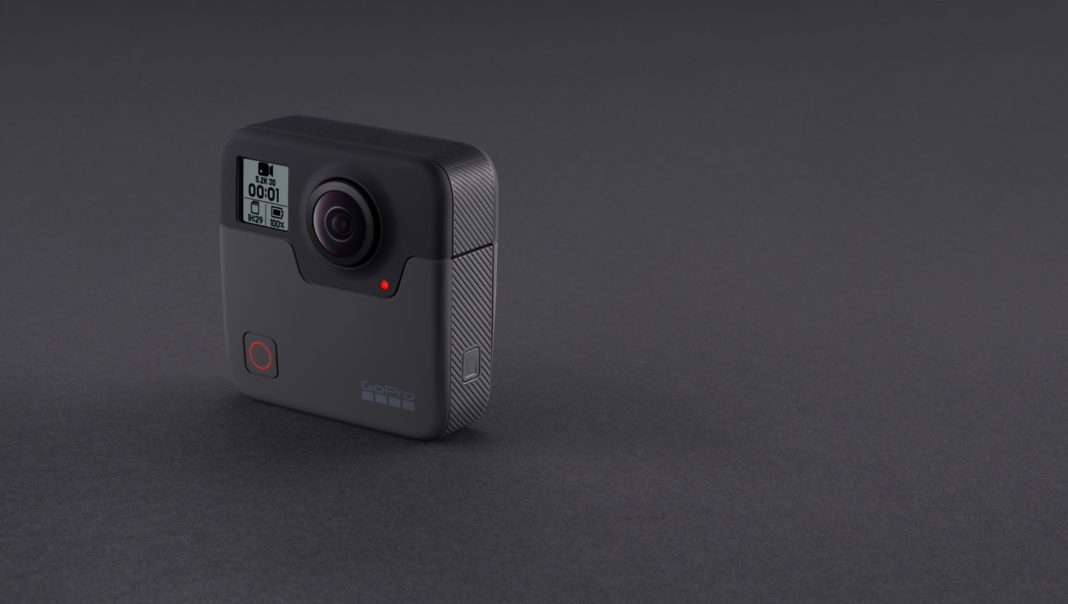 What is the GoPro Fusion?
GoPro is already well-known for its Hero action cameras that can withstand being submerged and thrown around with reckless abandon. The Fusion, however, sees the company’s first foray into 360-degree VR capture.

But it’s not necessarily the spherical video that’s the Fusion’s stand-out feature; it’s what you can do with your footage even if you don’t want to plop a VR headset on or swipe and pan around a video in your browser.

Through GoPro’s clever OverCapture mode, you’re able to take your spherical video and re-record it as a standard ‘flat’ 1080p video, making your footage more easily accessible. It also means you don’t have to worry about pointing your camera in the right direction or missing a key piece of action, as the Fusion is recording everything that’s happening around you.

GoPro isn’t the first to offer this kind of functionality – Insta360 calls this FreeCapture – but the Fusion manages to make it a compelling feature.

However, a few niggly issues hamper the overall user experience and mean the Fusion doesn’t quite reach the heights of its GoPro Hero stablemates.

GoPro Fusion – Design and accessories
The GoPro Fusion is considerably bigger than any of GoPro’s Hero cameras that have come before. That shouldn’t really come as any surprise considering it houses two wide-angle lenses in order to capture its 360-degree view of the world. Even then, it’s still a bigger beast than many of its similarly capable rivals. The body has a slightly rubbery coating, similar to the GoPro Hero 6 Black, but it’s only water-resistant to 5m compared to the Hero 6 Black’s 10m (without a case). Still, not every 360-degree camera is happy to end up in the wet at all.
Slightly unorthodox, the Fusion’s two lenses aren’t lined up symmetrically. Look at the camera top-down and you’ll notice they’re actually off-axis. Speaking to one of GoPro’s engineers, he told me this actually aided in more seamless stitching when it comes to putting together the images from the two sensors. A problem with many VR cameras is noticeable overlap, and the GoPro largely does a better job of this, although it’s still not perfect. You can see some test footage later in this review. Otherwise, there are many other characteristics in the Fusion’s design that are ripped from GoPro’s most recent cameras. There’s a small LCD that shows you the camera’s settings, a big shutter button with support for quickly powering on the camera and instantly recording, and the power/settings button on the edge. 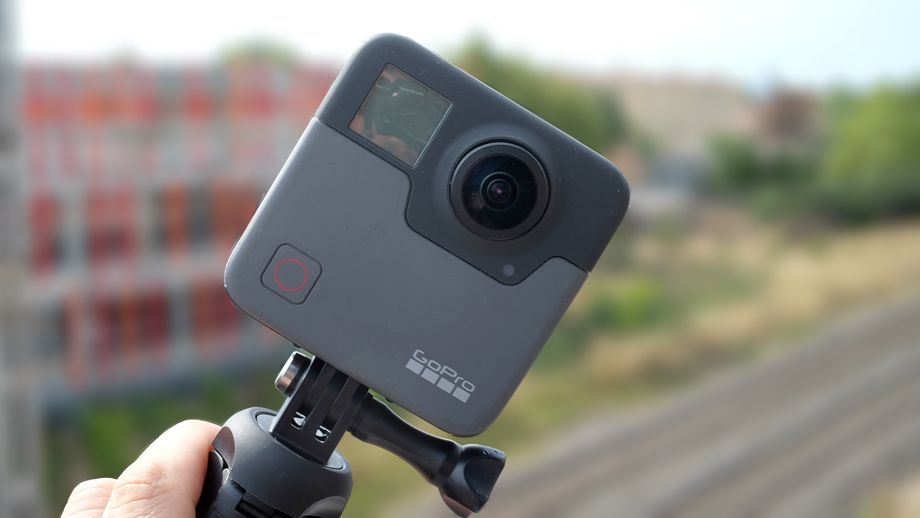 While you can toggle between the recording modes using the side button, there’s also the return of voice controls that let you say the likes of ‘GoPro start recording’ to get it capturing. I actually found the voice controls a little more reliable compared to the Hero 6 Black, likely owing to the microphones tuned for 360-degree capture being more able to pick up my voice.

The Fusion charges over USB-C, tucked away behind a cover on the side. On the other side you’ll find the user replaceable battery and a pair of microSD slots. That’s right, the GoPro Fusion needs two microSD cards to record individually from each sensor. Considering the Fusion can record up to 5.2K spherical video, I imagine writing to a single microSD wasn’t feasible, but this is an additional expense you’ll need to keep in mind. Again, as with the Hero 6 Black, there are a lot of sensors inside the Fusion, including GPS, an accelerometer, gyroscope and geomagnetic sensor. These are all used to help with the camera’s electronic stabilisation and stitching.

With the GoPro Fusion you get the camera itself, two standard GoPro mounts and a telescopic selfie stick that also transforms into a mini tripod. You also get a soft pouch that zips around the Fusion camera to keep it and its lenses safe. As the Fusion uses a standard GoPro mount, it means you have a vast array of optional accessories available, such as suction mounts. Just keep in mind the size of the Fusion camera.

The selfie stick extends to almost about three quarters of a metre and the tripod legs are nice and stable. It proved really useful for quickly placing the camera down to capture the environment or action that happens around the camera. GoPro uses a skate park as one example. It’s in scenarios like this where the OverCapture function comes in really useful for re-composing shots and not having to worry about tracking a moving subject as closely.

GoPro Fusion – Video and image quality
The Fusion can record at up to 5228 x 2624 resolution at 30fps, making it one of the highest-resolution VR cameras available. The Garmin VIRB 360 can record up to 5.7K but you have to stitch the two sensor’s footage together yourself making it a little less straightforward.

Video image quality is the best I’ve seen from a 360-degree VR camera to date, especially when it comes to the image stabilisation. Using the array of internal sensors and software smarts, the Fusion is able to eradicate a vast majority of shakes and judders, even on walking footage. Colours are good and there’s plenty of sharp detail to the image. The Fusion can capture 18-megapixel 360-degree still images. These, too, are vibrant and sharp when given good lighting. It’s a bit noisier under tougher light conditions but you still get acceptable results. Frustratingly, the GoPro mobile app only lets you share still 360-degree images to Facebook, whereas many other VR cameras will let you use Google Photos or Flickr, which both support 360 still images. Like OverCapture with video, you can grab a flat still image from your 360-degree photos, including fun ‘Tiny Planet’-like shots. When recording 5.2K video, you can expect over an hour of battery life, which is respectable considering the high resolution. With the battery being user-replaceable, it’s a handy option that you can carry a spare. 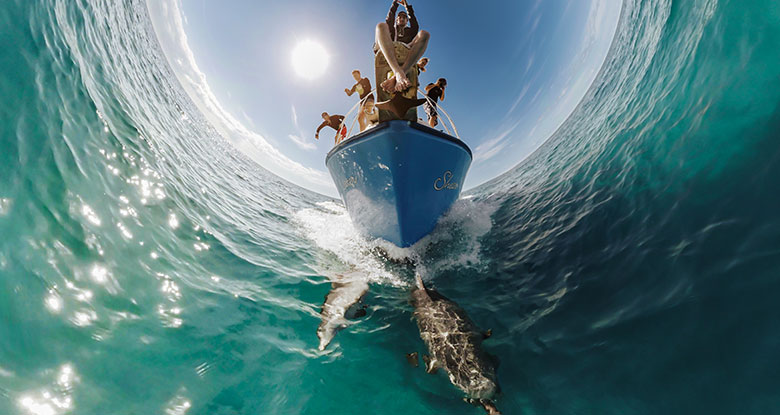 Why buy the GoPro Fusion?
For GoPro’s first 360-degree VR camera, the GoPro Fusion gets a lot right. I say that now after it’s been out for a few months, because the experience at launch was considerably poorer. Now that OverCapture is available across both Android and iOS GoPro apps, the Fusion is much more accomplished in letting you get creative with your VR footage.

Image quality, and in particular the stabilisation, is some of the best you’re going to see from a consumer VR camera at present, but then you’re also paying a lot for it. Just a few remaining niggly issues around the mobile app remain to take the shine off what is otherwise a fantastic VR camera. 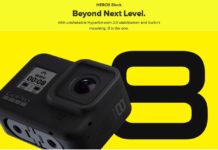 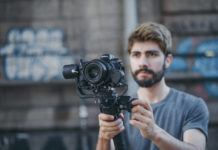 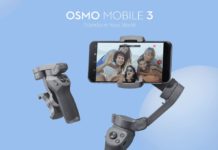 ABOUT US
AL Gadgets is a young organization inspired by innovative technologies and revolutionary computerized systems that enhance daily life.
Contact us: blog@algadgets.com
FOLLOW US
© uaeblogs
MORE STORIES