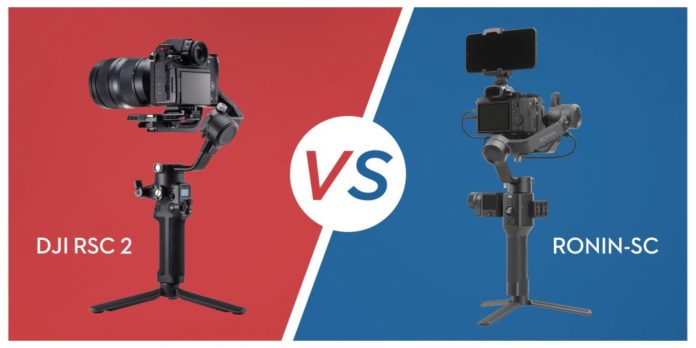 DJI RSC 2 is a new DJI camera gimbal, offering the next evolution of the groundbreaking DJI Ronin-SC. In this DJI RSC 2 vs Ronin-SC comparison, we will guide you through both DJI gimbal products, helping you choose the right one for you.

While DJI RSC 2 looks strikingly similar to Ronin-SC, there are some major design differences when you compare both DJI gimbals. The two most notable DJI RSC 2 design upgrades are DJI RSC 2’s ability to be folded, and a new 1-inch OLED screen. The DJI RSC 2 overall design has improved, providing a more user-friendly gimbal.

DJI RSC 2 introduces a foldable design for the first time to the Ronin gimbal line, and it can be configured in six different ways: upright, underslung, briefcase, flashlight, portrait, and storage. The configurations not only allow for more versatile shooting scenarios and creative angles, but also keep the device more compact for easy storage and transportation. This is a big DJI RSC 2 upgrade that’s ideal for individual content creators that need a lightweight and portable gimbal. 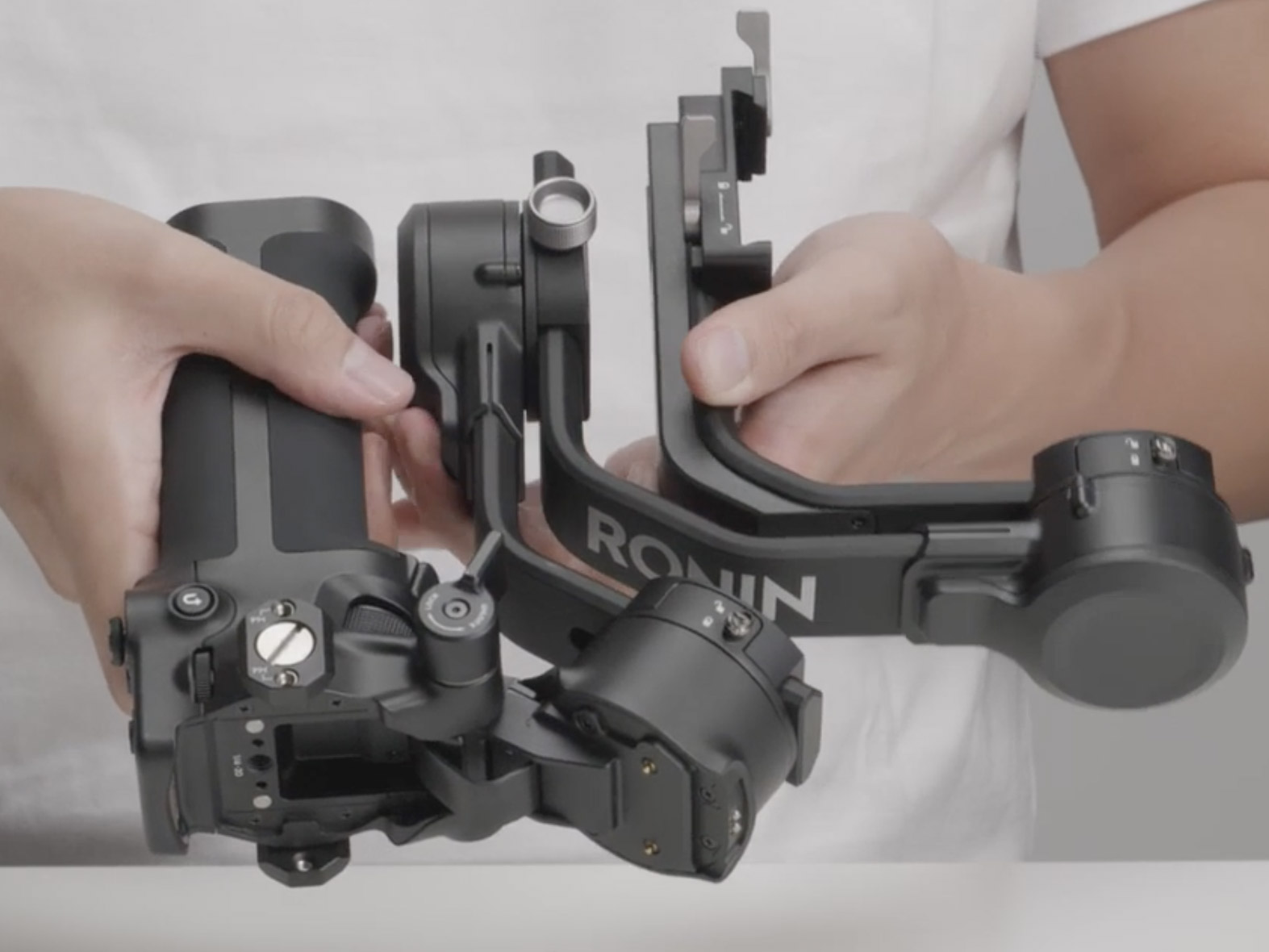 Another standout new DJI RSC 2 feature is the 1-inch OLED screen, which can be used to control functions and parameters of the device and mounted camera. This means users are no longer limited to using the Ronin app on their mobile phones while also trying to film with the device. The OLED screen makes the entire filmmaking experience more streamlined. 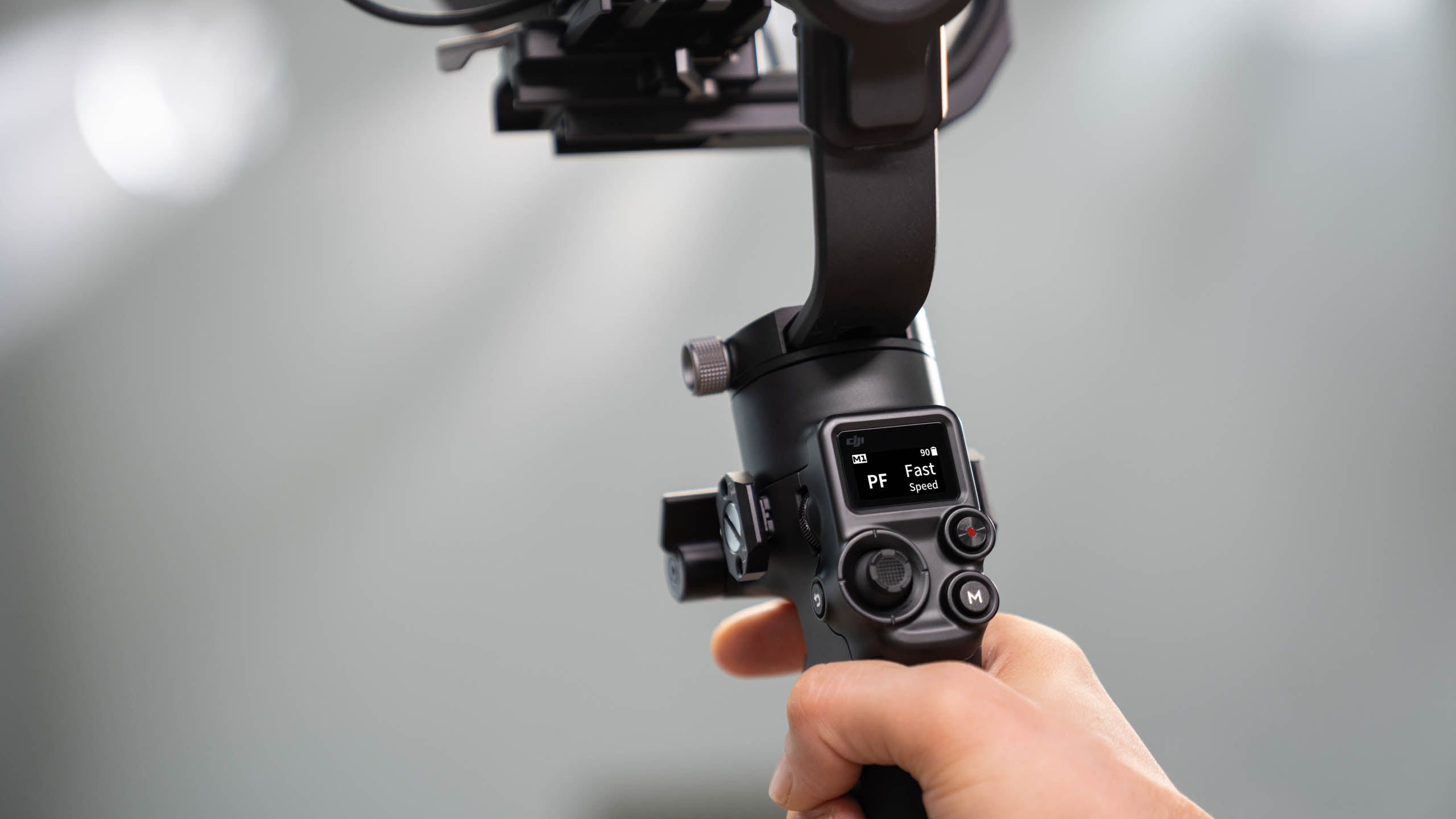 Subtle improvements in design mean DJI RSC 2 is more ergonomic and comfortable to use than DJI Ronin-SC. These improvements include axis locks and D-ring camera screws for fast, tool-free setup, and adjustments to button locations to make them more accessible during operation. 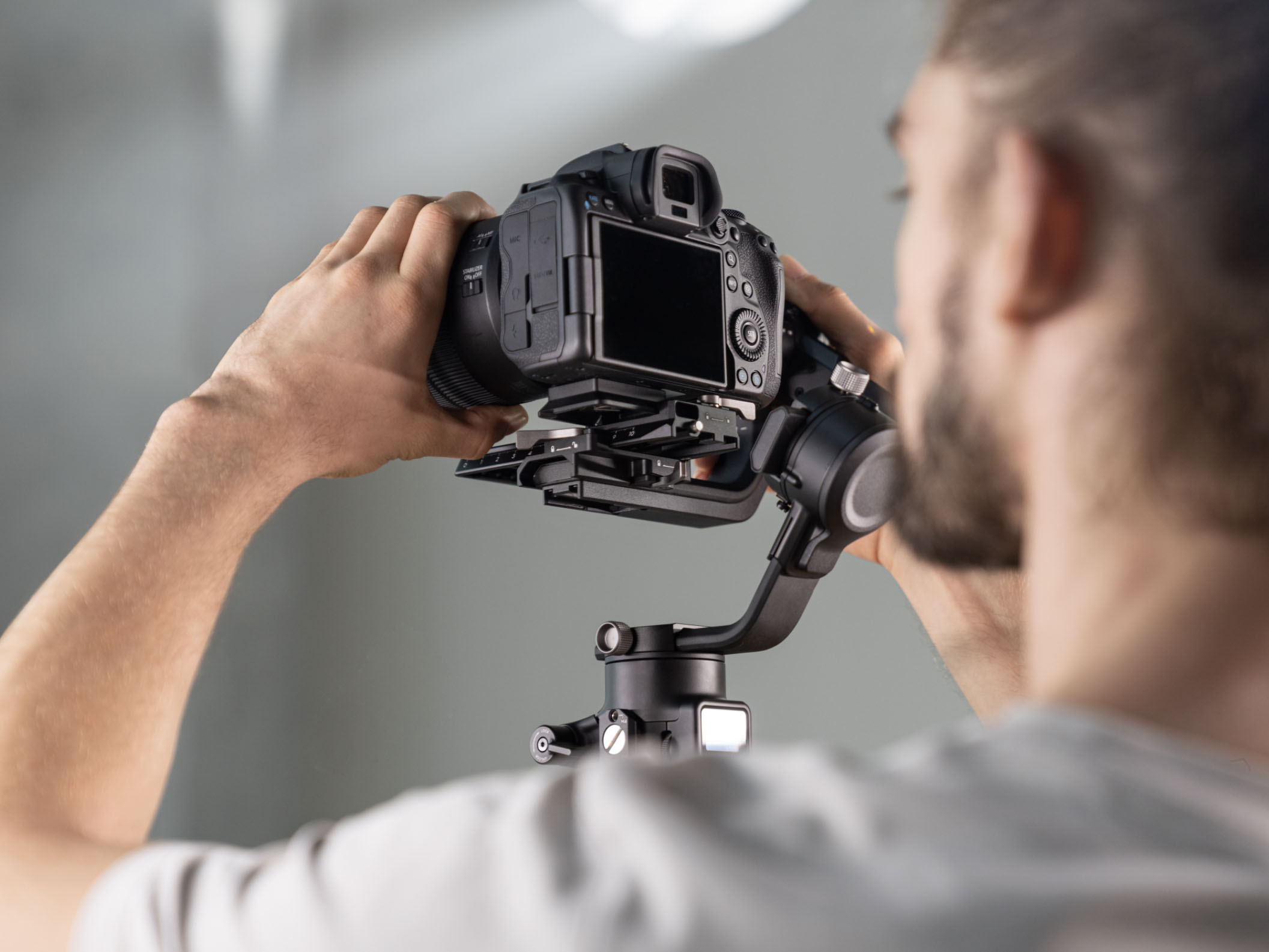 The original DJI Ronin-SC delivered a 1.1kg weight and 2kg max tested payload when it was released. While the DJI RSC 2 weight has increased slightly to 1.2 kg, the max tested payload of 3 kg enables the use of larger, more advanced and professional setups like a Panasonic S1H with 24-70mm lens. 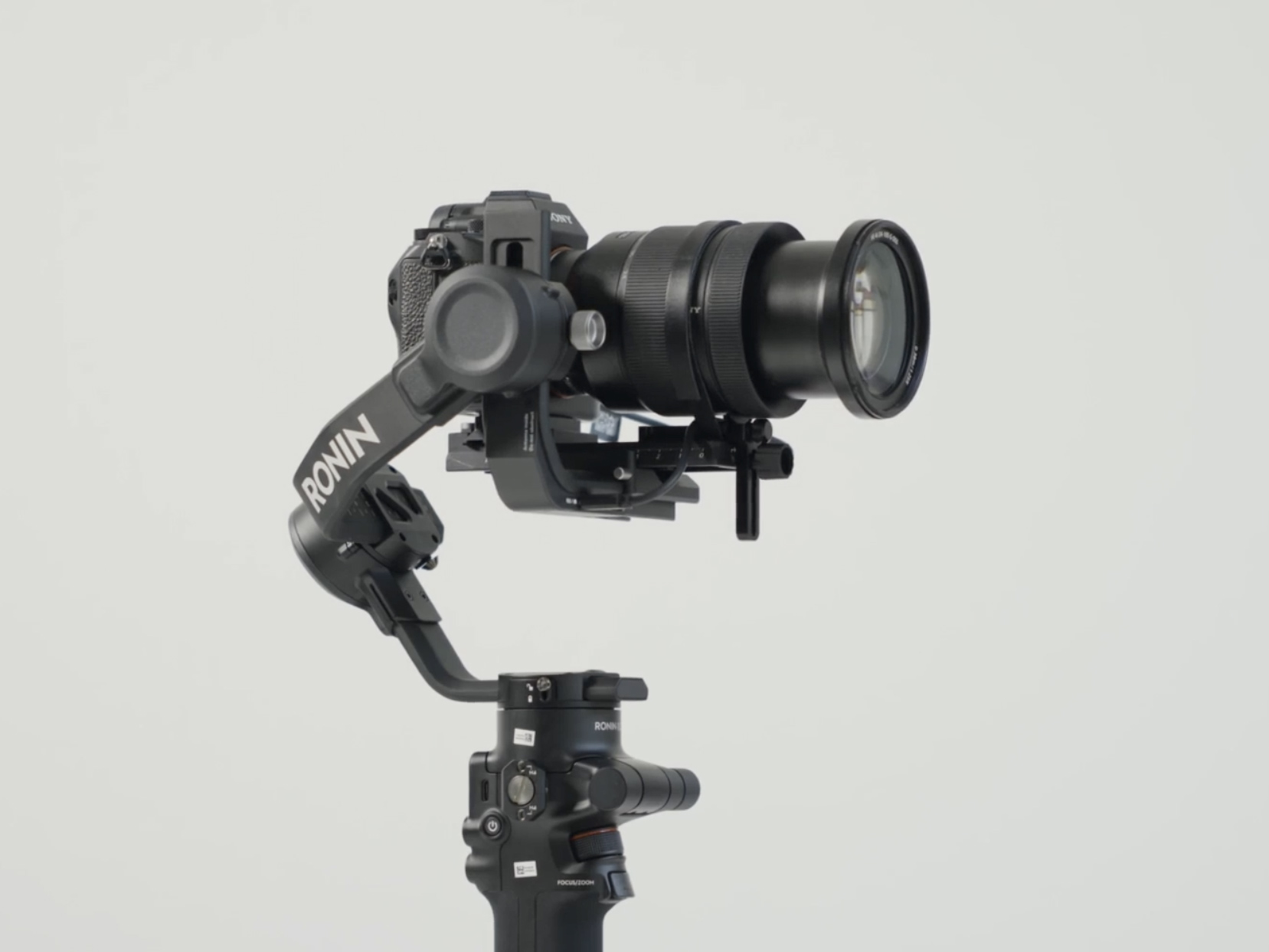 Stabilization is easily the most essential feature of DJI Ronin products as it’s the backbone of gimbal devices, allowing users to get smooth footage for professional-level results. And while 3-axis stabilization has been the major key to this, DJI has also come a long way with additional technology. DJI RSC 2 features the new Titan Stabilization Algorithm, offering substantial improvements compared to Ronin-SC. 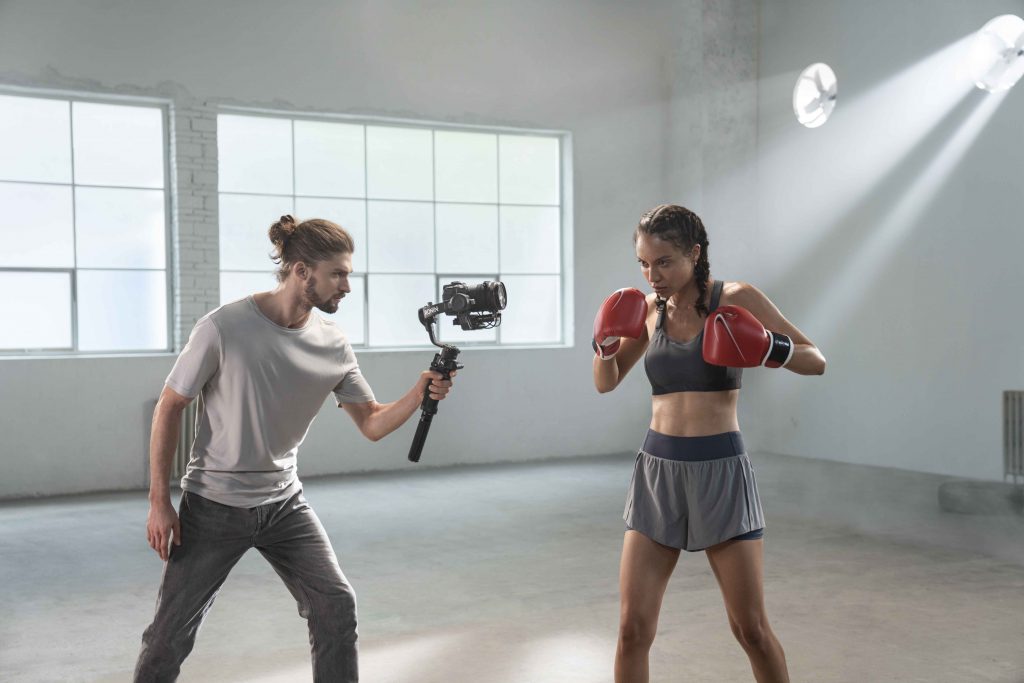 A new feature that DJI Ronin-SC does not support is SuperSmooth mode, which can be activated for an additional level of stabilization. This feature compensates for micromovements and increases torque to stabilize even 100mm zoom lenses. (Note: SuperSmooth mode requires a lens fastening strap.)

At this stage, we’ve identified the improved design features and stabilization of DJI RSC 2, but what about new and upgraded features? 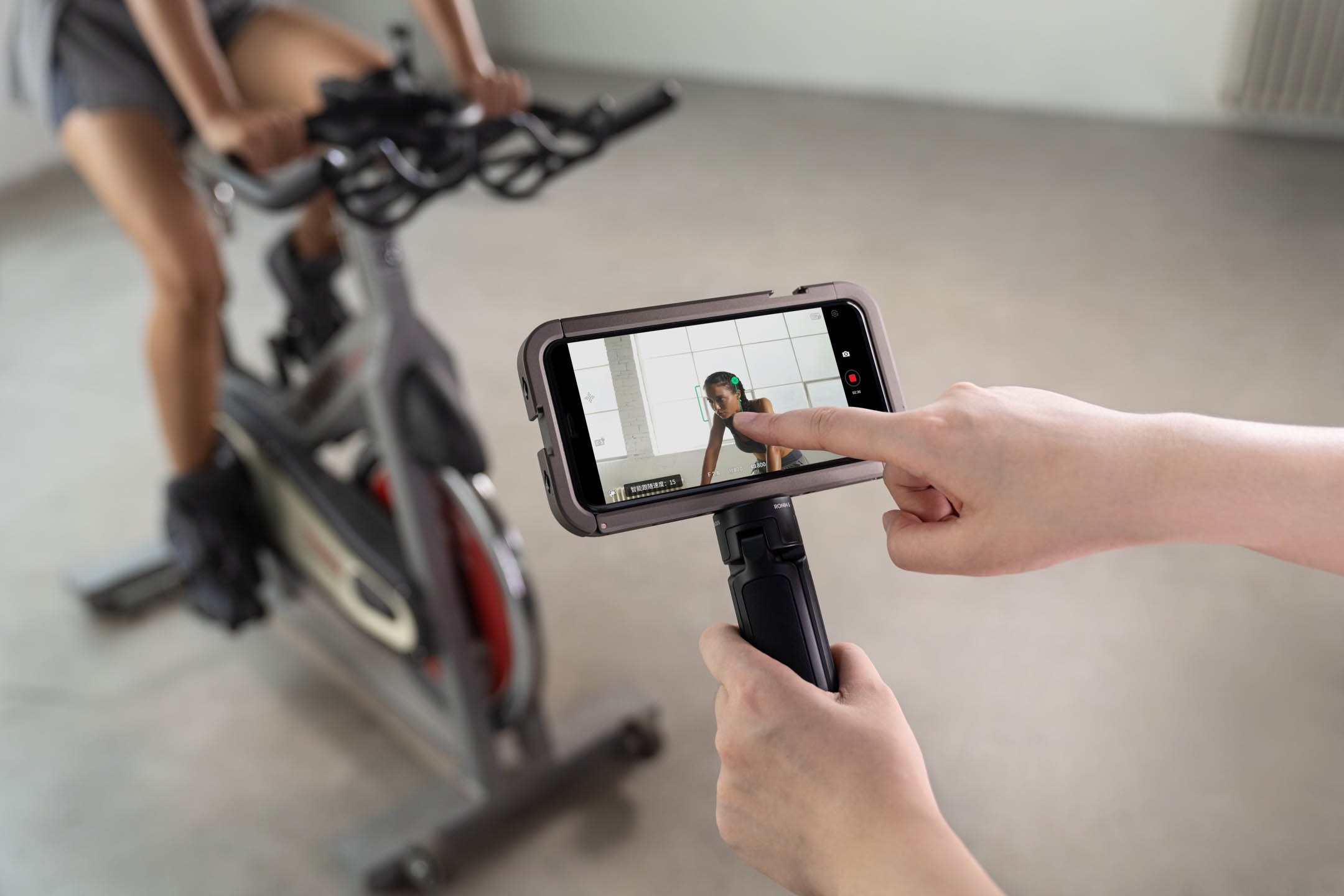 The new RavenEye Image Transmission System of DJI RSC 2 gives operators a simplified way to get remote camera viewing and parameter control. This system transmits 1080p video, allows gimbal parameter adjustment, and even camera setting changes from up to 200 m away with a latency of just 60 ms. RavenEye also allows ActiveTrack 3.0 to be used directly from the camera signal, without the need for a smartphone.

DJI RSC 2 introduces a new feature that allows operators to instantly switch to portrait mode. This is a huge benefit for those working on social media content and other creative applications that require portrait shooting. 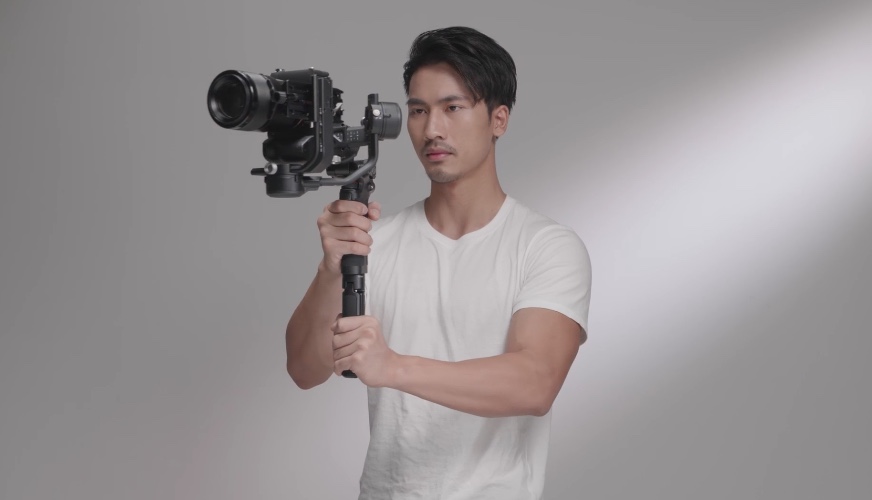 The DJI RSC 2 battery has a max runtime of 14 hours and supports fast charging. That’s a three-hour improvement over Ronin-SC’s 11-hour runtime.

DJI RSC 2 doesn’t have an RSA port, however, it is NATO-compatible, opening it up to a universe of third-party accessories and versatile handling and mounting possibilities. DJI Ronin-SC has an RSA port but no NATO, which is a big factor to consider for content creators that are looking for the freedom to customize their setups.

DJI RSC 2 comes with upgraded packaging, giving users a smaller, lightweight carrying case. This redesigned case has a splash-proof body with dedicated compartments for all RSC 2 parts and is small enough to take along anywhere. 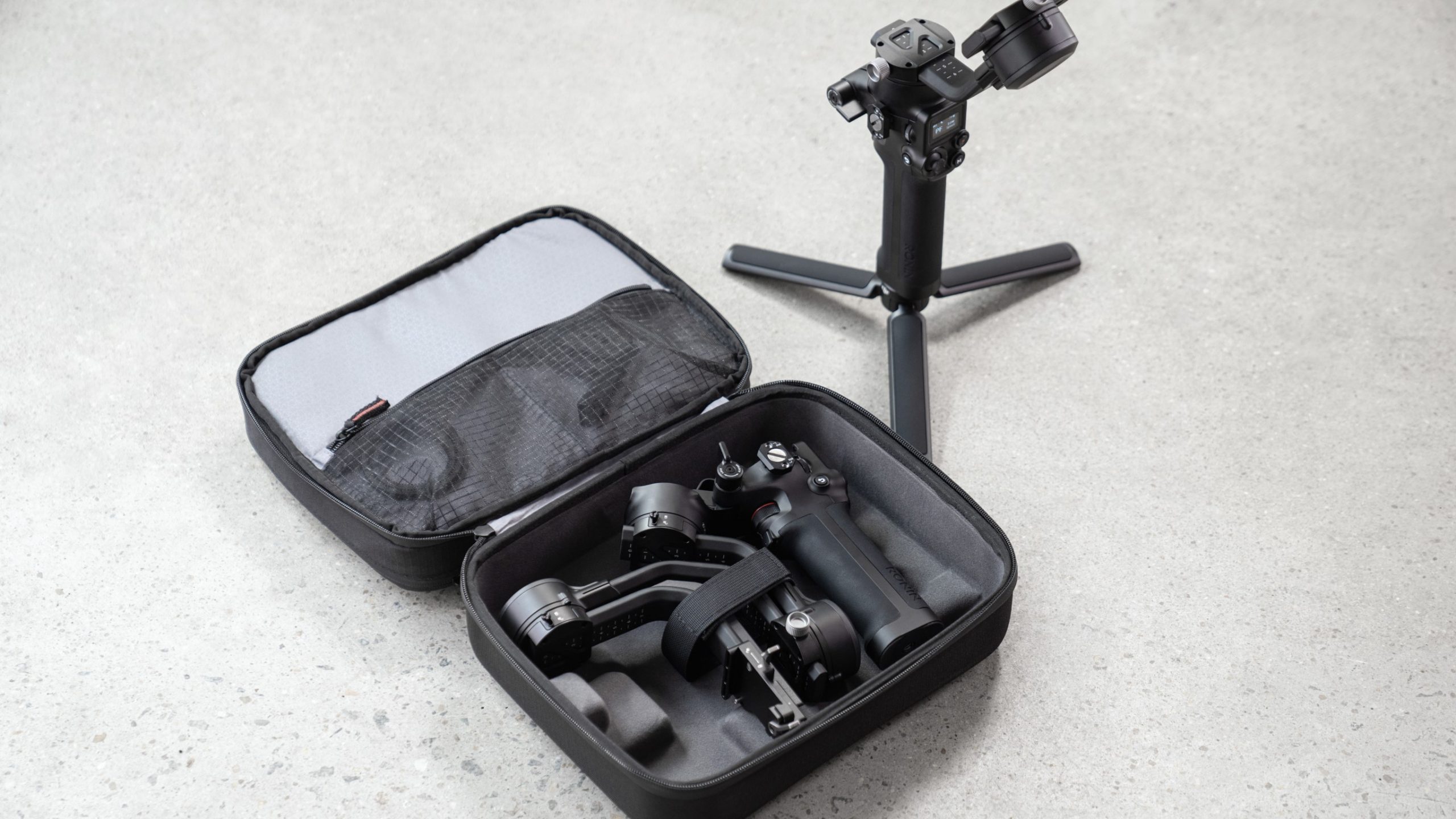 Let’s compare DJI RSC 2 specs to Ronin-SC. In the table below, you can get a side-by-side comparison of some of the key parameters of this DJI camera gimbal and its predecessor.