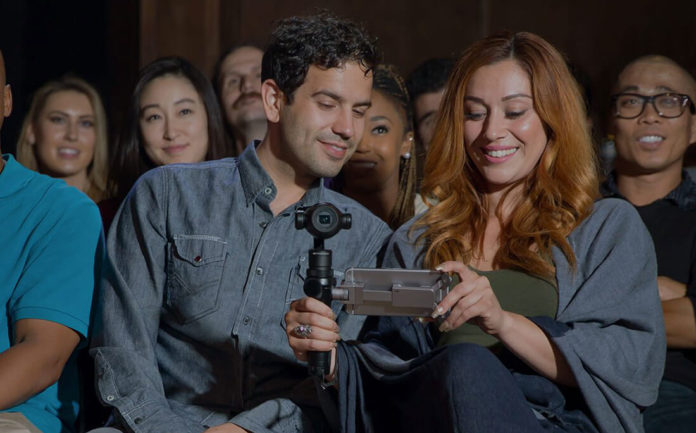 Thanks to the rise of small action cameras, camera stabilizers (aka gimbals) are becoming more portable than ever. Amazon has plenty of these coming from random Chinese brands, but most are either poorly designed, or only a partial solution to your problem. For instance, they often lack a handset mount for those who need a live screen. There are also gimbals that use smartphones as the camera, but I’ve yet to come across one with raving reviews; the current options appear to be more of a nuisance due to their awkward calibration and erratic stabilization. So unless you’ve tried one and are certain that it works well with your phone, your best bet is to go with a dedicated camera gimbal.
In terms of full-featured gimbals, we have only two compelling options so far. The first one is the Aetho’s Aeon, which takes a GoPro and has its own display, but it won’t arrive until early next year. This leaves us with DJI’s latest creation, the Osmo, which we first saw back in January. This device features a 4K camera module similar to the one on the company’s flagship drone, the Inspire 1, and it can house your smartphone as a viewfinder on the side. But it isn’t just about the hardware, because like the company’s drones, the Osmo also has a full-featured companion app for greater versatility. Let’s see if this fancy package is worthy of its $649 price.